Poland is a perfect place for investment and business expansion. In the 2010 Ernst & Young European Attractiveness Survey international concerns’ managers indicated Poland as the top potential investment destination for their FDI projects in Europe. Tourists, in turn, are enchanted by Polish hospitality and friendliness, Poland’s cultural heritage and the country’s natural landscape. 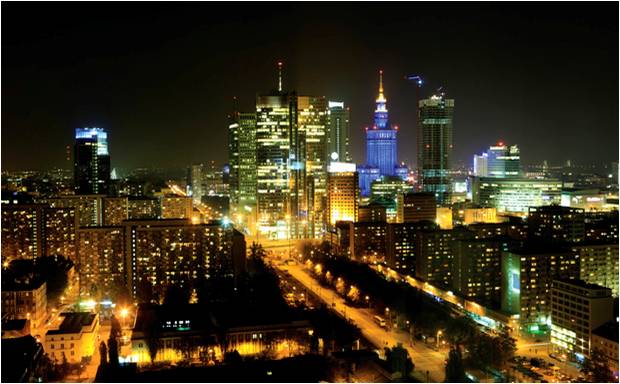 Poland’s 38-million strong consumer market is one of the biggest in Europe. The country’s favourable localisation, in the centre of Europe, where the main communication routs intersect, makes it possible to export goods to all European countries and thus reach over 500 million consumers. Poland’s major trade partners are, among others, Germany, Russia, China, France, the UK, Italy, Hungary, Ukraine and Spain.

Well-educated Polish economists, engineers, IT specialists and scientists are highly sought-after and appreciated employees who find employment in IT companies, R&D centres and scientific institutes.

The country’s sustainable development has much to do with the its solid economic foundations. Data published by the global rating agency Fitch Ratings in June 2008 indicates that for the last five years Poland has been experiencing an unflagging 5% annual economic growth and maintaining its 30% export level. Moreover, considerable potential of numerous private companies active in the Polish agriculture sector stand a very good chance of making Poland one of the major food producers in the European Union. The Polish economy undergoes a significant growth which has solid institutional foundations and draws heavily on the country’s democratic mechanisms thanks to which the country’s economic system is considered to be the best and most transparent economies among all the post-Soviet states. All the factors together with the country’s international safety guaranteed by Poland’s membership in NATO and the EU make Poland a credible and important business partner for foreign investors.

World class concerns often choose Poland as an investment destination in Europe. The number of new investment projects is constantly growing, especially in the automotive, R&D, electronic and chemical sectors. The FDI value which Poland attracted in 2009 reached EUR9.95 billion and preliminary data for the year 2010 hovers at EUR5.34 bn.

In the 2010 Ernst & Young European Attractiveness Survey international concerns’ managers indicated Poland as the top potential investment destination for their FDI projects in Europe. The report places Poland on the 5th position in terms of job creation and 8th among European countries which are most active in attracting FDI projects. Authors of the report emphasise that against the backdrop of other West European countries, Poland has been developing rapidly both in terms of job creation and foreign investment. In 2009 new FDI projects generated 7,500 jobs.

Poland is a country with a number of tourist and sport opportunities. The diversity of landscape and natural wealth together with the wide range of recreation forms ranging from sea sports through lake yachting, skiing and mountain climbing attract tourists from all over the world. Recreational tourist opportunities may effectively be completed with elements of Poland’s rich cultural heritage and history.